Region
Sokolov lies in the hilly north-western corner of Bohemia near the border with Germany. Even if it does not appear so at first sight, it is a land full of beauty, variety, fine countryside and numerous historical and noteworthy sights and yet it is also a land of modern technology and considerable industrial production.

With its area of 754 km2, the Sokolov district is one of the smallest in the Czech Republic, though almost 100 000 people live on its territory. The district can be divided into three basic areas, the development and history of which have been determined by their natural conditions and geographical position. These are the western Krušné hory Mountains, the Slavkovsko Forest and the Sokolov Basin lying between these ranges.

Sokolovsko has always been remarkable for its considerable natural resources, the extraction and processing of which have had a marked effect on the overall character of the region and on the development of individual branches of industry. It would be difficult to find another area on the map of the Czech Republic where practically every kind of raw-material extraction takes place in such a small area, whether of non-ferrous metal ores (such as tin, wolfram, copper, lead, zinc, silver, bismuth, gold, iron and others), many of which played a very significant role in their time in European history, or of energy resources in the form of reserves of brown coal, traditional non-ore raw materials (China clay, feldspar, baryte, fluorite and clays), non-ore raw materials for modern technology (andalusite, wollastonite, titanium clays), uranium ore or even localities where precious stones occur. Nor can we ignore the abundance of relatively common stone, whether quality raw material for the building industry or special materials (granite, basalt, roofing slate, serpentinite and others). The extraction of these raw materials has entirely transformed the character of the landscape from that of a typical agricultural area with developed grain, hops and fruit growing and pasture farming to a markedly industrial landscape. Mineral excavation and processing have themselves brought with them a number of accompanying activities and associated end products. In terms of historical development, the restrictions imposed by the mining of certain raw materials meant that new livelihoods had to be sought and secured for the local population. Hence over the course of time a wide range of crafts, manufacturing and later factory production activities were developed, the most characteristic of which include the tin and iron industries, chemical production in the broadest sense, porcelain and glass production, the manufacture of musical instruments, the textile industry, engineering and others. The industrial character of the region in recent past had a negative influence on the appearance of the entire region. Since 1989 local coal mining has been extremely suppressed, other industrial fields have been modernized and many businesses shut down. The power plant exhaust has been desulphurized. Massive investments began to flow to the revitalization of the areas devastated by the mining activity. Ecologic issues were solved. The character of the environment has improved. The quality of air and water cleanliness is good. The towns became beautiful. Places where the excavators used to thud are once again swarming with holidaymakers. The nature returned here. The Sokolov countryside is gradually becoming a sought holiday resort. All this comes complete with unique and charming natural sights, scenic coves and valleys of the Slavkovský Les, Ore Mountains or along the Ohře River. These places are true oases of peace and tranquility - a taste of undisturbed nature - and hence they are irreplaceable in providing winter and summer recreation. There are also many historical sights luring visitors to this part of our country.


Town
Sokolov is a natural center of the region - a town situated on the confluence of the Ohře and Svatava Rivers with the Lobezský Creek. The Ohře River flows through the town in altitude of 401 m. The town spreads over the area of 2 277 ha. Currently it has about 26 000 inhabitants of the average age below 39 years. A railroad connecting Prague – Karlovy Vary – Cheb – Germany runs through the town. There is another railroad track leading from Sokolov, going through the town of Kraslice in the Ore Mountains continuing to Germany. A frequented highway connecting Prague – K.Vary – Germany leads past Sokolov providing an excellent traffic connection.

The legend tells that the town of Sokolov has been founded by Sebastian the Knight who has lost his way and came to this region on his return from the crusade to the Holy Land. Allegedly he used to train his hunting falcons here. The noblemen from the nearby estate of Loket sought him for this skill. Local settlers honored him for his healing knowledge and so they were settling near his castle. This legend is reminded by the town heraldry – on a silver shield there is a falcon standing on three green hills looking to the right, it has feather in natural colors with golden bill and claws and golden anklet with a jingle-bell around his left talon. The town adopted its recent name Sokolov in 1948 when the former name Falknov has been replaced with its Czech translation. The first historical note of the town comes from 1279, represented by a record in Mining Register dated April 13, 1279. However, the archeological survey revealed that in those times a stone built water fortress used to stand in the place of the legendary castle. It belonged to the Knight family of Nothaft de Valkenawe. John King of Luxemburg granted the privileges of a town to Sokolov in 1313. Unfortunately, all these documents burned in a great fire of 1397. The town privileges were reconfirmed by King Wenceslas IV. In 1435 Emperor Sigmund gave Sokolov to the Šlik Family, who brought protestant religion to area. After the Battle of the White Mountain the Catholic Nostic Family got the custody of the town. Its citizens were mostly craftsmen – famous were local organ builders – and farmers. Hops were locally popular crop plant and even Johan Wolfgang Goethe enjoyed local beer. Allegedly, local hops had better quality than the now so popular hops of the Žatec region. That is why you can find hop-vines decorating the pillar with the legendary falconer – the founder of the town – on the top. It was the Nostic Family members who started the brown coal mining in the neighborhood of the town in the second half of the 18th century that changed the look of the local countryside so radically. In 1870 a railroad track was stretched from Chomutov to Cheb. In 1876 a railroad connection was established from the town of Kraslice to Saxony. In 1880 the last hop-garden disappeared and the town remained purely industrial. And industry remained to these days the means of subsistence for local citizens; nevertheless this purely industrial town becomes a place suitable for relaxation and holidaymaking. The town surroundings, in the past so devastated by the mining activities, today offer unique natural scenery so rare in Europe. The Sokolov region belongs to regions with higher percentage of forestland. 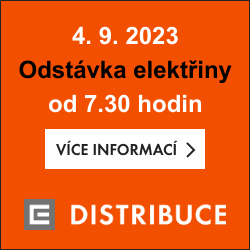